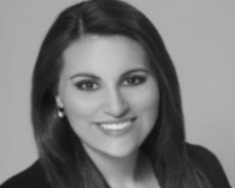 Attorney Amanda Marie Como has dedicated her life to zealously representing the people of Southwestern Pennsylvania with integrity, passion and an unrivaled work ethic. Attorney Como was born, raised, and continued to reside in the Mon-Valley Area of Southwestern Pennsylvania where she holds a great deal of respect for its hardworking populace. Amanda grew up in the City of Monessen, in a blue-collared family that instilled the values of hard work and devotion in her from a young age.

Upon graduating from Monessen High School, Amanda attended Saint Vincent College, where she earned her Bachelor’s Degree in Political Science and graduated Suma Cum Laude with High Honors in 2009. During Amanda’s four years at Saint Vincent, she was a Dean’s List Recipient and an Academic and Leadership Scholarship Recipient. Amanda also worked as a research assistant to the Political Science Department.  She was a member of the Italian Society, Philosophy Club, and Saint Vincent Law Society, which she is still an active member. Amanda really enjoyed academia and excelled during her time spent at Saint Vincent College, until then she was hired as an Adjunct Professor of Business Law for the College and served in that role from 2013 to 2016.

After Amanda graduated from Saint Vincent College, she attended law school at Ohio Northern University Claude W. Petitt College of Law located in Ada, Ohio, where Amanda earned her law degree (Juris Doctor) and graduated in 2012. During Amanda’s time in law school, she won awards in Trial Advocacy, selected to mentor and peer advise to incoming law students, and became certified in legal research. In addition to maintaining her grades, Amanda devoted herself to numerous internships. Amanda interned for the Honorable Judge Baughman of the United States District Court for the Northern District of Ohio, Hardin County Probate Court, Lima Legal Clinic, Lima City Municipal Court, and the Lima Public Defender’s Office.  While in law school, Amanda gained as much practical legal experiences as possible to ready herself for the rigors of private practice post-law shool.

After Amanda graduated from law school and passed the Pennsylvania Bar Exam, she was eager to get into the courtroom.  Dissatisfied with the way in which large firms represented clients, she had her sights set on joining a smaller firm that held the same views as her and valued devoting time to each and every deserving client’s case. To make a long story short, Amanda met Attorney Ben Goodwin and the rest is legal history.  Both Attorney Como and Attorney Goodwin as a team hold the same principles when it comes to representing clients.

Attorney Amanda Marie Como takes an aggressive approach to all of her cases and takes pride in fighting for her clients. As a young girl, Amanda aspired to become an attorney, and now she wakes up every day doing a job that she loves.  As an attorney, Amanda strives to satisfy each and every client and offers superior representation. Amanda is confident that Goodwin Como, P.C. can out-smart, out-perform, and out-work the opposition. While no attorney can guarantee specific outcomes of cases, she can guarantee that Goodwin Como, P.C. will go above and beyond to effectively represent each and every one of their clients.